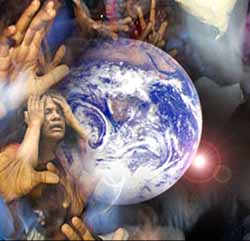 Democrats and Republicans alike claim that is a “terrorist state,” one that can’t be allowed to possess nuclear weapons.

But there is no evidence that is developing a nuclear weapon, any more than there was any proof that was developing one.

Military sources told journalist Seymour Hersch that the has no proof at all that is developing nuclear arms. Hersch has said that “The intelligence services of the , , , , and even , have been unable to come up with any specific evidence of what’s known as a parallel or secret weapons program inside .”

One former senior intelligence official told Hersch flatly, “People in the Pentagon were asking, ‘What’s the evidence? We’ve got a million tentacles out there, overt and covert, and these guys’ (Iran) ‘have been working on this for eighteen years, and we have nothing? We’re coming up with jack shit.’”

The IAEA pointed to five significant errors in the Congressional committee's claim that 's nuclear capabilities are more advanced than either the IAEA or intelligence had demonstrated, including a false claim that has enriched weapons grade uranium.

According to the London Guardian, the IAEA “said the report was ‘incorrect’ in its assessment that had made weapons-grade uranium at a site inspected by the agency. Instead, the letter said, the facility had produced only small amounts of uranium, which were below the level necessary for weapons.”

In 2004, IAEA Director-General Mohamed ElBaradei said plainly, “I have seen no nuclear weapons program in . What I have seen is that is trying to gain access to nuclear enrichment technology…” Nothing has changed in the IAEA assessment.

This dispute is an instant replay of the clashes between the IAEA and the over the question of whether or not , under Saddam Hussein, was trying to develop nuclear arms. The claim that had or was developing nuclear weapons was the primary excuse for the invasion and occupation of . The , of course, was lying. There were no such weapons anywhere to be found.

US Congress member Ron Paul cautions that, “ has never in modern times invaded her neighbors, yet we worry obsessively that she may develop a nuclear weapon someday.”

Nonetheless, the Project for a New American Century claims that Iran is “rushing to develop ballistic missiles and nuclear weapons as a deterrent to American intervention...”

While the PNAC claim about Iranian intentions has no factual basis, it is also an open admission that, if Iran were developing a nuclear weapons capability, it would be for Iran’s own self defense in the face of a pattern of US invasions in the region, including invasions and occupations of Iraq on its western flank and Afghanistan on its eastern flank.

has an obvious and legitimate interest in deterring such “intervention.”

The insanity of the Cold War, with its policies of deterrence and Mutually Assured Destruction, almost starts looking like the good old days.

To get a picture of the hypocritical extremity, even the absurdity of the position on , imagine if you will an equivalent scenario: A Chinese invasion and military occupation of to the south of the , and of to its north.

then, bristling with military might on the borders, begins, in this imagined scenario, to issue threats against the , demanding it rid itself immediately of nuclear weapons, calling the a threat to regional stability in the .

Polls show, then, that a majority of Chinese agree: if the US, a known international war criminal and the only power to launch a nuclear attack against another nation – ever – won’t unilaterally surrender its nukes and suspend operations of its nuclear power plants, then US nuclear facilities, all of them, should be taken out in a Chinese nuclear first strike.

The difference in the two stories should be obvious: there is an absolutely solid historical and factual basis for the Chinese charges against the in this scenario: there is no factual basis whatsoever for US claims against .

, like before it, has no nuclear weapons, and there is zero proof that they are developing them. In , just like in , there are only US “suspicions” - the kind based in lies; lies that have already led to one devastating war. Lies that serve today as the rationale for launching another.

Next: Part Three: Why They “Hate Us”: Bringing “Regime Change” and “Democracy” to